en
Back to the news 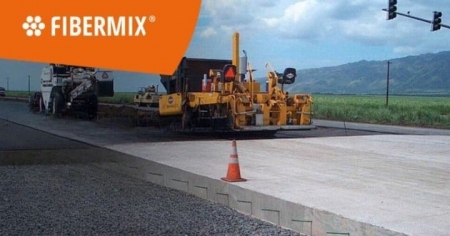 Crack resistance of heavy concrete and foam concrete in construction

Today, in construction, the percentage of concrete use in road works is increasing, when paving is arranged. Studies of crack resistance of heavy concrete recommends them as the best option in the construction of highways that comply with European standards. Due to the daily increase in the number of cars, the load on the road surface also increases. Therefore, the development and implementation of innovative technologies, which are based on the inclusion of reinforced polypropylene fiber in concrete, is so important.
One of the main criteria for high-quality pavings is the crack resistance of heavy concrete when installing surfaces. Serious load contributes to increased internal cracking. The operation of concrete pavement is associated with constant dynamic and shock loads. And these loads lead to an increase in microcracks and their growth to macrocracks, which are markers of concrete failure. Indeed, the shrinkage of the material in the first day after laying, in the absence of concrete micro-reinforcement with polypropylene fibers, can result in the appearance of cracks that violate the integrity of the structure.

The feasibility of reinforcement is observed both at the subcritical stage, and with already formed cracks, entailing further destruction of concrete. With the introduction of polypropylene fiber into the composition, the following effect was observed – the fiber restrains the process of microcrack development from the moment of its formation to complete defragmentation. Analysis of the subcritical and supercritical stages of destruction showed that concrete reinforced with polypropylene fiber has an improvement in both cases.
In comparison with unreinforced samples, the value of energy consumption for elastic deformation and total energy consumption for local deformation in the crack region is 1.3-1.4 times higher. Thus, the crack resistance of concrete after reinforcing with polypropylene fiber increases significantly, which increases the period of active operation, and increases the safety of concrete products.